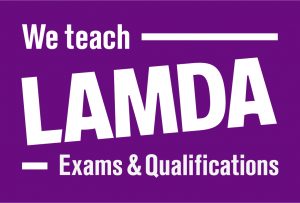 Acting Exam learners develop their vocal, physical and interpretive skills while they delve into characters and explore the background of dramatic texts. Alongside producing authentic performances of their chosen scenes, they also gain an understanding of the context and characters within them.
Working through the grades takes our learners through the development of clear speaking and character portrayal to an understanding of a playwright’s style, the influence of theatre practitioners such as Stanislavski and a sensitive appreciation of subtext.

Musical Theatre learners develop their acting skills through song. They use vocal techniques to convey the right mood, and engage with the material to form a thoughtful interpretation of the song.
As they progress through the grades, learners explore characterisation through monologues or duologues, which are performed in character and act as an introduction to their songs. They’ll also deepen their understanding of the history of musical theatre by performing songs from a range of eras, and by researching the work and influence of one of its composers or lyricists.

If you are interested in private tuition for LAMDA Exams please contact us on 07825395613 or send an email to info@smashartstheatrecompany.co.uk